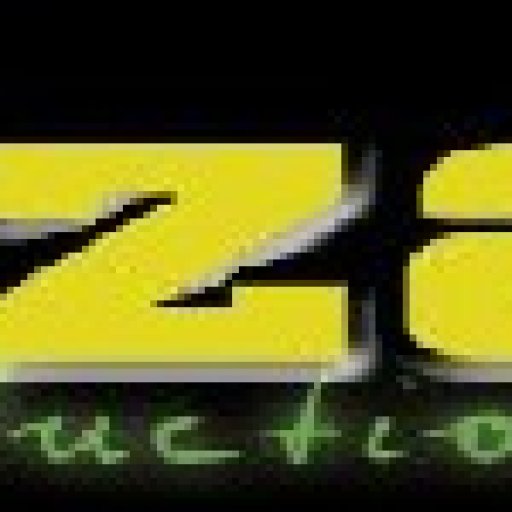 What year was this recorded?

How did you first come to know Jeff Olson?

It was via some correspondence (and a tape) from poet John M. Bennett... John had performed with me on several tapes prior to this - in fact, he lives in Columbus, Ohio, where my sisters live, so we had actually performed live together before - and he was on a tape with one of Jeff's groups, so it was a natural. I wrote to Jeff, exchanged some tape, and we set off to do our first effort together, "nEW dIRECTIONS"... https://archive.org/details/Zp-2NewDirections I liked that one so much, I asked him if we could do another, and that's where "Whistlepoot Junction" came from.

Tell me about the collaboration process with Jeff. Did you send him tapes and vice versa? Cassette tapes, I'm assuming. Was he recording on cassette 4-track as well?

Right, all tape, all 4-track. It wasn't until about '96 or '97 that I started recording digitally. For this one, I sent him my original 4-track (from Korea, where I was working at the time)... much of the tuneage was focused on keyboard pieces that I had composed "on the fly", so to speak... in fact, all 20 pieces were spontaneous in that sense. Jeff laid the percussion, guitars and other instruments over my keyboard work. Jeff did the mixdown on this one, and I was very pleasantly surprised with the fidelity when he sent the tape back.

Tell us about Killing of Mantiovani. This is one of my favorites. How did it start? Who played what? Did you have a title for it before sending it to Jeff? Details...

Cool... I had done a composition on an earlier tape that was more along the lines of "orchestral", and when I sat down at the keyboard, just decided that I wanted to do another one with that idea in mind. I didn't have my Kurzweil PC 88 at that time, & so was working with a little Kawai board, which had some great string effects. I did (only) the synth/string sounds when I initially laid the track down, & then added those little flute-like sounds after I listened to the first track... as per usuua, Jeff grabbed onto the piece and put all the other instruments on top of it (beautiful bass, guitar (which might have been from Stacey Gravatt, who played on our first outing). I was very pleased with the overall tune, as it seemed to me that it expressed high emotion (I was going through some personal "situations" at the time I recorded that, and I think some of that came through). I never give the pieces titles until the final mix is ready... then I listen through the entire tape/CD and use that listening to get a "feel" for what I think the overall musical experience was really all about... if there's a "theme", then the tunes will usually be named with the theme in mind... in this case, there wasn't really a "theme" established, so the tunes were named individually, just based on my feeling about what mood the track evoked for me.

Were your initial tracks that you sent to Jeff, recorded all at once, specifically for this album?

That's a big 10-4, Bryan. If I remember correctly, it took me about a week & a half to get 18 of those pieces down... the other 2 were "loops" from stuff I'd done with John Bennett before (Turkey Shoot being the best example). In fact, that was the way I did all my tapes... one pass for whatever my "base" instruments were going to be (usually strings or keyboards, and bass), then a 2nd or 3rd or 4th pass for any other instruments (or vocals) I thought would fit, then mixdown & shoot them out without any further editing. Once a piece was down - that was it... no additional overdubbing... the idea (for me, anyway) was no re-edits... a piece had to stand on it's own merit, or it didn't make it onto the tape. The same rules applied at the other end... if the other player didn't "like" or "feel comfortable with a particular piece - they just didn't do any work on it... some tapes (may) have had as many as 25 or 30 tracks, but when the final mix was done, it was usually 20 or less... based on the length of the tune. In my mind, that helped to keep the "improvised" aspects of recorded music alive. Also, it was the case for most artists that I worked with that they didn't do any significant "tweaking"... just one listen (if that), then lay down their material on top of whatever I had sent (or vice versa)....

How do you feel about this release, 20 years later?

That is a really great question, my friend. The key (for all my music) is - was it FUN... for me, for the other players, for the listener(s) (if there are any, lol). In listening back through it today (I don't very often listen to the old stuff anymore, because I'm too busy (still) reviewing music for my magazine... but, that's a whole 'nother story) I'm feeling like we achieved what we both set out to do... compose, create and record some music that listeners could dig on (not TOO deep, though), & maybe dance to on certain pieces.... I like to think we achieved that to some degree... what do YOU think, Bryan? & thanks for the chance to spout off about it a bit! Much FUN!

Like many of your collaborations (your list of collaborators is a veritable homemade music underground who's who) I think you and Jeff strike a unique improvisational spark throughout this album. I'd like to see more people get zzaj'd, my friend. There's lots of pure musical magic in your archive and it's all freely available on archive.org.

One last question. We know what you're up to of late, continued publication of Improvijazzation Nation at http://rotcodzzaj.com/ along with a new service to help bands with their Internet engagement http://musicians-virtual-assistant.com/ and a new autobiography that looks very interesting. And, knowing you, there's probably much more. Any news from Jeff Olson lately?

Wow, Bryan... thanks for the kudos, both for this one & the rest of the Zzaj collection... one note I would make for folks... some of the free CD's on the Archive are being pulled down as I expand my site - so, get them while they're still free... many of them (about 20, I think) will remain up for free, but some of those others will be pulled over the next six months or so. You're right, there's always much more comin' down the pike. I'd like to gain about 10 new customers for Musician's Virtual Assistant in 2015, and will be using the rest of my time to make sure my REVIEW QUEUE gets waded through. There are a "few thoughts" about putting together another CD, but that's not a big priority right now, since I've already put out so much music. As far as Jeff goes, I haven't heard from him since around 2000 or 2001... which is a shame - he's a HELLA player!