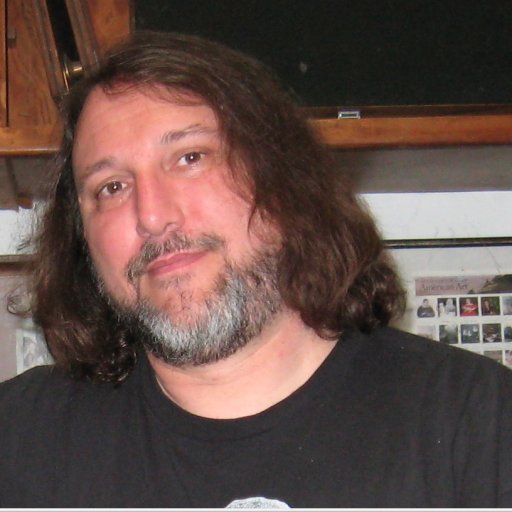 OTHER COMMENTS -- E-MAIL US YOUR COMMENTS!
Tell us what you think about this artist and album.

This album was recorded in my bedroom studio, the same room in which I grew up from 1962 to 1990 (my parents sold the house, but my wife and I have been renting from the new owners). I record exclusively on Pro Tools, having used this program on all my film and TV work. This album’s instrumentation is so dense that I opted not to master these tracks with any kind of program. In tests, Mastering seemed to flatten the dynamics.

My audio setup is embarrassingly simple, as I find that the less I have to deal with, the more I can do. I use very little outboard gear. Some of my musical passages are transferred from old cassettes or reel to reel tapes. I do music the same way I used to do sound effects: I concentrate on the elements, not the huge amount of gear that’s available to alter those elements. I don’t think this is superior to what anybody else does; it’s just my preference.

Among the instruments used on this album are:

I try to make each album different from, or a logical extension of, the previous album. Stopgap Sam’s Last Stand was a double CD with lengthy songs and lots of guitar solos, so the follow-up Project 5 became an album of extremely short songs and just one guitar solo.

Thematically, there’s not really a concept here. On each of my current albums I try to include a quirky cover tune (here it’s “The Ballad of Heisenberg”, from Breaking Bad), a Captain Beefheart copy or cover tune (“Based on Buggy Boogie Woogie”), and a roughly equal number of vocal and instrumental selections, including two all-keyboard tracks. I also pick and record a song from my past, hoping to reimagine it with my current studio and more “seasoned” sensibilities (“Single Guy with a High Income” was first recorded in 1983).

On this release I sang and played all the instruments myself, including drums. The only track where I have a guest is “Rockjam with DJ” which features DJ Gibson on drum kit, along with short snippets of my old partner John Gibson playing with his synth.

The cover photo and audio sample of the restored Big Boy steam locomotive were both captured in Victorville, California on October 12, 2019, just because I like trains