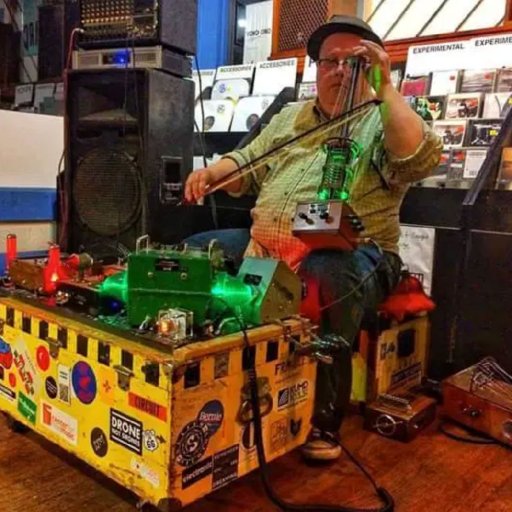 Your work has been choreographed by Anna Galikowska-Gajewska PhD, Music Academy Gdansk, Poland. I thought it was a wonderful marriage of movement and sound. How did it come about?

Innova (the record label of the American Composers Forum) had just released my CD Analog. Part of the distribution deal included putting it on i-Tunes and Anna was just checking various pieces from different artists and something about the track Dinosaur Bones struck her. She emailed me to ask permission to use it for her thesis performance and I gladly agreed. 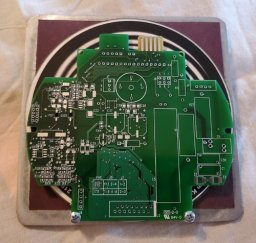 Have you had other experiences working with dance or other art forms and your music?

I've done live performance collaborations with a variety of artists. When touring I sometimes get asked to improv with others.

We have an orange cat named David. What is your orange cat's name? I see he/she is as curious as David. Has the curiosity inspired any happy accidents either in creating your instruments or in performance?

My marmalade tabby is named "Cat." He has an adopted brother named "Gato," but Cat is the one who just kept interrupting demo videos I'd be shooting for for my instruments. Sometimes people would leave more comments about Cat than the instrument. Now he has his own FB page. 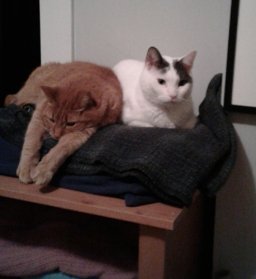 Do you have a favorite instrument creation?

It's hard to pick a favorite from my instruments as I've been building for 40 years representing over 1000 pieces. There are 2 that were perhaps the most fun/challenging and also garnered a lot of interest. One is a modified delay unit called the Green Hornet (a staple in my touring rig for 20+ years) and the other is a noise/drone generator called the Globus. It was inspired by a 1960s-era Soviet global positioning device. 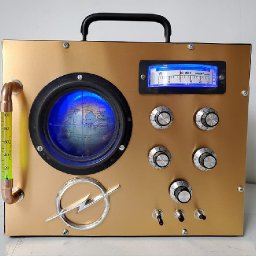 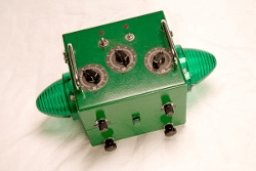 What instruments are you working on now?

Just finished a couple of new pieces- The Cuneum is a 3 oscillator Drone synth and The Cyclops is a kind of circular harp. 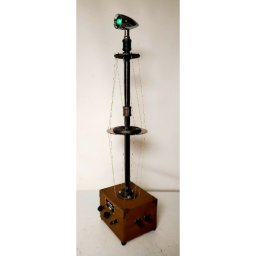 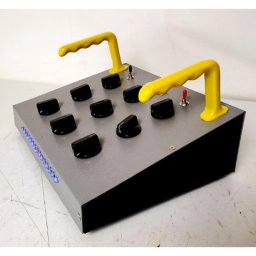 Tell us about recording Voltage.

The Voltage project came about when Travis Alan Bos contacted me about doing a short-run cassette project. Travis plays in The Blight and is one of the folks who runs the label Damien Records. Anyway, my regular label Creme deMentia Records didn't have anything in the pipeline and I thought it would be cool to do a kind of sonic collage of some ideas I had been kicking around. A lot of the recording features found sounds that I collect- field recordings, old movies, shortwave radio, etc. I live in my wife's childhood home and when we bought the place, my mother-in-law left her piano here. I used the piano on a couple of tracks- "Improvisation for Piano and Some Kind of Horn" most notably. One aspect of the project was a kind of promotion we did where I offered a small Kaiser instrument as a premium. I built 3 Crown of Thorns boxes that sold immediately. I use one on a few of the tracks as well. The case for the tape was also unique in that I attached a piece of unpopulated circuit board as the cover. This was a throwback to an early CD project of mine "Analog" that was on the Innova label. 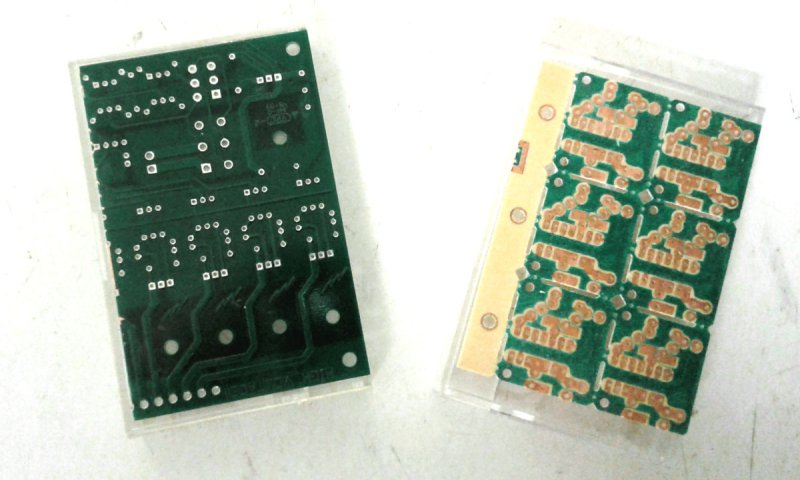 How do you collect your found sounds? How do you organize them?

I've been collecting sounds since the 60s. My folks had a small reel to reel portable that I would use to make imaginary radio shows. I got a Slimline cassette machine a little later and would record just about anything- shortwave radio, traffic, ships going through the canal...whatever sounded interesting. My first vinyl release "Numbers Station" has a ton of old shortwave snippets from my collection. I've digitized most of my vintage stuff and it's terribly and haphazardly organized.

I had one of those reel machines as well. I remember doing things like taping bits of TV or radio, getting with friends and making up stories. Stuff like that. If you wouldn't mind putting together a small collection of sounds, a mix of vintage and Kaiser instrument samples or whathaveyou, I could put them up as an open source project on tapegerm.com .  I'd love to work with them anyway.

Are there any notable uses of your instruments by others you can relate to us? People and projects using your creations?

There are a few artists who are collectors; those that don't necessarily use my instruments in their professional work, but just like my aesthetic, including Nick Rhodes- DuranDuran and Pete Christopherson (Sleezy)- Throbbing Gristle.

You'll have to give me a little time to organize some sound files for tapegerm (you are welcome to steal whatever you want from my YouTube channel).
Posted in: Interviews | 0 comments