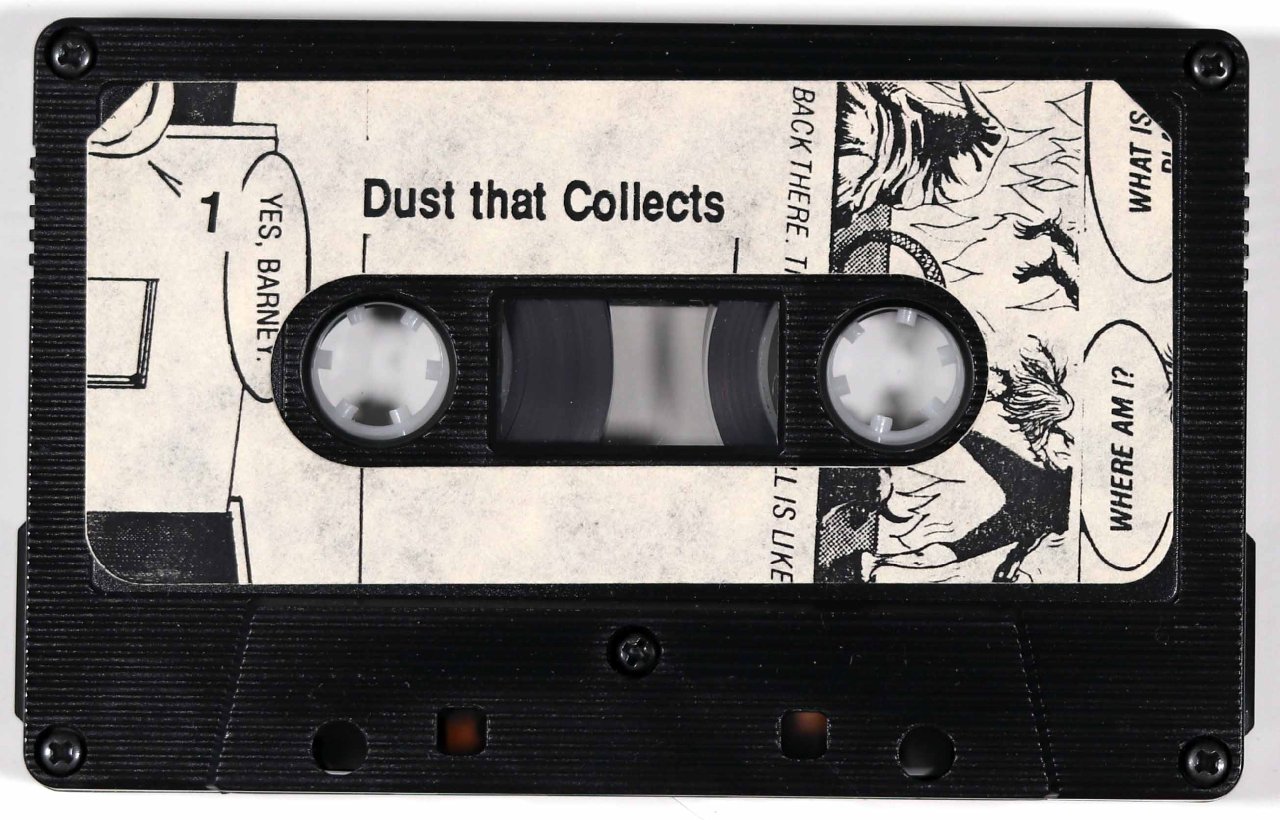 Dust that Collects was formed in 1986 after dissolution of a one-off project entitled Visceral Landscape. Having very limited access to equipment, much of the early material was recorded using tape recorders, a series of RCA “Y” adaptors, a headphone amplifier and occasionally a borrowed digital delay pedal monophonic synthesizer  ( the size of your f.orearm and Realistic reverb unit (courtesy of the Japanese Government, no less) . The first decent piece of equipment purchased was a Sony Walkman Pro. On this anthology only tracks 1 and 3 of Side 1 employ the more sophisticated technology of a Fostex 4 track recorder and drum machine. Not to apologize in any way, merely to emphasize the fact that these recordings were made strictly low-fi.

This was the thrust behind Dust that Collects. You didn’t need Akai S- 1000 samplers to make adventurous sonic journeys. In the five years since DTC began I've had to explore other reasons for creating what to many is “noise” but the facts remains that whenever I contemplate the possibilities associated with the ever expanding technology in music production, I’ve fond memories of a “pyramid” of eight “Y” adaptors converging around my home stereo.

Special thanks to MYKE DYER and· John Doe label on which much of this material was previously released.

Jon Hassell coined a term for his music called Fourth World. I think that this applies to this work- a fusion of many influences, both near and far. Some of the work has the flavor of Peter Gabriel's Passion Soundtrack, but there are references too numerous to mention, some moments have almost a Stravinsky quality.  Sometimes it seems to ramble on a little to long without direction, a little editing may have been in order. A lot of the pieces have a mid-eastern flavor, due in part to the tar playing of Bahman Karima. And the moody sounds of the cello by Rachel Harrison give a rich quality to the cuts she appears on. An interesting tape if your tastes tend toward the exotic.